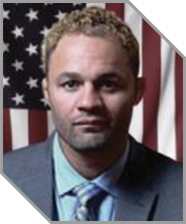 Check Defense was founded in 2012 by former Ultimate Fighting Championship (UFC) fighter Josh Koscheck. During his time as a UFC fighter Josh had the opportunity to Fight for the Troops on two separate occasions: once at Miramar Marine Base in San Diego, California for the U.S. Marines, and again on Fort Bragg, North Carolina for U.S. Army Troops. Josh’s most memorable fight of his 12-year career was the main event Fight for the Troops at Fort Bragg. This event raised $4 million dollars to support the Department of Defense, which helped build the National Intrepid Center of Excellence for the “Intrepid Fallen Heroes Fund,” a research facility in Maryland that would ultimately be dedicated to treating troops who suffer from traumatic brain injuries. This event also raised funds for the Fisher House Foundation, which provides a national network of homes built around military and VA medical centers where family members can stay free.

After spending this time experiencing what troops do to keep us safe around the world and here at home, Josh was so inspired by our troops that he visited many more U.S. military bases throughout the years. His touring military installations across the country and witnessing the spirit of the American soldier revealed a mutual appreciation for the heart and dedication of a fighter. The opportunity to meet soldiers at Walter Reed National Military Medical Center in 2007 and again in 2008 opened Josh’s eyes to something more – When asked if they would do it over again, every one of them said they couldn’t wait to get back to active duty. That fighter’s spirit spoke to Josh and inspired him to create a company where soldiers can continue serving their country by providing services and solutions to support the war fighter.

Inspired to serve… by those who have served in the armed forces, Josh founded Check Defense as a way to give those who fight for our nation’s freedom that opportunity to continue to serve their country. Currently, Josh is still involved in Mixed Martial Arts and is continuing to work to build and improve Check Defense. Josh holds a B.A. in Criminal Justice from Edinboro University of Pennsylvania and is a 2001 NCAA Division I National Champion & 4X NCAA Division I All American for the Fighting Scots.